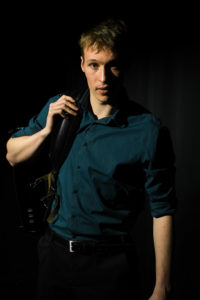 Diversity and versatility in music are the most important things for him, and that’s what he searches for in every project that he does. He works as a freelance accordion player, arranger/composer and a session musician who also teaches, and performs regularly with theatrical productions, classical music stages, his ensemble Butwhatabout and with his band OT AZOJ.

Wilco’s a pure Dutch guy, although whenever he’s really busy he prefers to walk over taking the bike. For example: He always does his groceries by foot, not by bike.