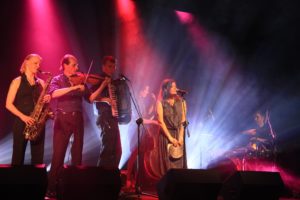 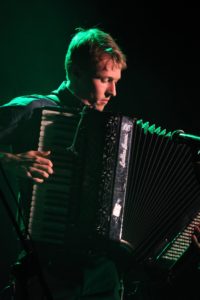 In November 2017 I was on a small tour with OT AZOJ, we played on a Holland Festival in KINO Polkowice (photo’s). 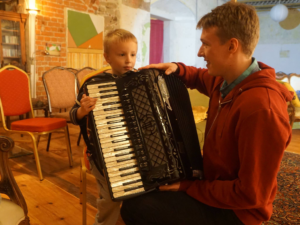 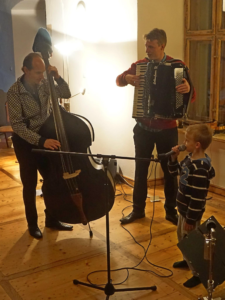 The day after, in Piotrowice Nyskie Palace, we had a small concert where there was a little boy that wanted to try my instrument after the gig, all excited we started a jam later! This kid has a very bright musical future I think!